Follow The Art of Better Human Being on WordPress.com

Get A Free Personalized Numerological Analysis … Your name is no accident!

Follow The Art of Better Human Being on WordPress.com

The word superfood is a marketing term for food with supposed health benefits. The term is not commonly used by experts, dietitians and nutrition scientists, many of whom dispute that particular foods have the health benefits often claimed by their advocates. But whatever, their stance, there are certain foods which are jam-packed with nutrients and dense with quality. No doubt, incorporating such foods into your meal plans can trememndously impact your health for good! Of course, the key to a healthy diet is to consume a variety of nutritious foods in the right quantities.

“What You Eat Matters” is a new, life-changing documentary uncovering and revealing the effects of our typical Western diet on our health, the environment and animals. Watch it:

Sergei Boutenko discusses the health benefits that come from introducing more greens into your diet. His extensive Study of plants along with the latest in scientific research makes it fun, easy, and safe to introduce mineral rich wild edibles into your diet.

If by chance you are interested in a dynamic whole-food formula that contains 19 vegan, organic and wild-crafted green superfoods – in addition to grasses, dark leafy vegetables, herbs, algae and sea vegetables – plus an amazing blend of enzymes in a specialized probiotic complex to aid normal digestive health and immune function, Sun is Shining™ works to provide your body with incredible nutrition, while simultaneously alkalizing and energizing your inner ecosystem. There is no other green superfood blend as robust and advanced as Sun is Shining™! It is suggested you give it a place along with your other nutritional provisions.

In any case, it should be more clear now that greens and other raw plant food edibles can transform the way you feel. That’s where the above nutritional supplement can come in handy. Not many of us have the time nor the resources to go outdoors, even to a vegetable garden, to collect nutrient rich leafy green edibles. So a shortcut is a good thing.

The view on life, as an elderly citizen with a lot of experience, is truly an inspiration and motivation. Listen to what the following elders have to say about what is important:

Even beyond nutrition, there are other considerations that need to be addressed. Always in all ways respect the gifts that life offers you.

Feeliing in the mood for an artful transformation?

There’s a lot of discussion of the use of Cannabis sativa for medicinal purposes as a nutritional supplement … Well, I’m totally in favor! You see, perhaps better, imagine you see … It is the plant that propelled me on to fields of study related to the uses of herbs, roots and spices in nutritional healing. Alas, those were good days! 😀 … Wouldn’t mind a “bush for buds” in my garden … just for the fun of it … and it’s health benefits on sanity! 😀 … Just joking wit ya … I’m sane without it for sure. I like more that there is growing evidence of it’s benefits against cancerous developments and that CBD dramatically reduces the frequency and severity of seizures in children and adults that suffer with intractable epilepsy. There’s a lot going on in the medical marijuana “field”:

Ralph Smart, Infinite Waters, has listed what he says are the “secrets” marijuana smokers won’t tell you … The videos are very entertaining:

Despite the evidence against alcohol, cigarettes, addictive substances, caffeine, sugar even and some pharmaceutical medicines, not one death in thousands of years has been attributed to sweet “Jane”! There is a more sinister plot at hand that “Mary” threatens:

The following is a forum discussion revealing what’s said to be the latest scientific findings, legilization and enforcement issues … how to weave marijuana and hemp back into American lives:

More research is necessary. We need to know the truth … The whole truth and nothing but the truth! Let’s not let the world go crazy! We have to be careful who has the right to set our policy, which ideally should be with the will of the people, not against it! Demonizing a Gd-given plant that offers such “good” vibrations for no good reason? What the heck!

This last video touched upon something quite scary that in case you missed it, you can get a deeper sense of what’s “up at stake” here:

Is this for real? The following report is of someone who says that she is “a targeted individual”. It’s unbelievable for lack of wanting to believe what she says … It’s scary. Could this be real?

Imagine that? NO! On second thought, rather not! Too intense a reality to experience.

What’s the world come to? Is there any way to escape? As intense as all this is, those of us who want to “live”, in the fullest sense of the word, must find ways to access the benefits of what’s available without supporting the evil aspects of “the trade.” Did you also catch the statement, that cannabis has the ability to deter mind control? That’s good to know!

All this talk about manipulation is a bit unnerving. It is wise though to recognize the signs that identify it and “nip it in the bud” ASAP! So …

In truth it’s an inherent part of life in the way people do business. The art of persuasion is a large part of the sales industry and even has handy use in presenting oneself before employers and the like. But should never be used with evil intent. That is simply wrong … in any of our doings.

So, is hemp the most powerful plant on Earth? It sure serves a purpose … In fact, many!

For sure, I am not advocating mis-use of the herb nor in support of deteriorating minds, Gd forbid! But I do recognize the need to allow the gifts given to us to be used in their fullness … For what other reason are they here among us?

The following documentary explores the long-standing relationship of human beings and cannabis, from its use in ancient Asia to its ban in 20th century America … Believe it or not, enjoy!

The History Channel put together this compilation if you are interested in learning more about the history of man’s experience with psycho-active “foods” and “drugs”:

While we’re on the subject of mind-altering plant substances, you might be interested in this next documentary which traces the use of DMT containing plants throughout the ancient world, the major world religions, and beyond! FYI 🙂 … Just to know more!

Whatever you find yourself to be doing in your world, do BE SAFE!

Guard the valuable gift the world has … that is YOU. All the best!! 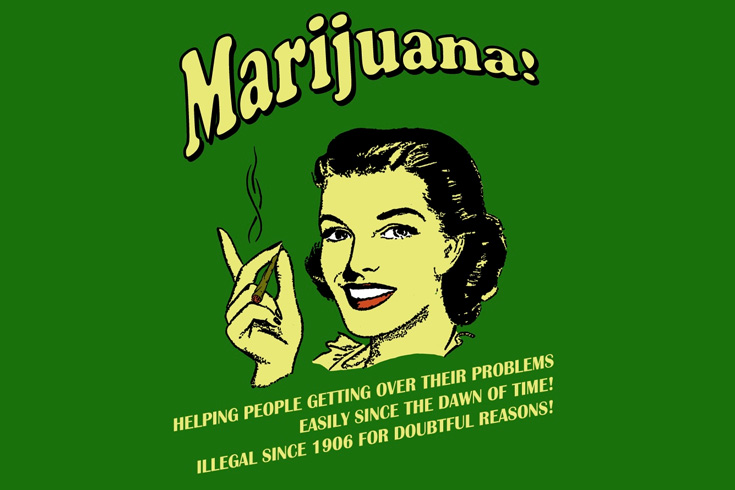